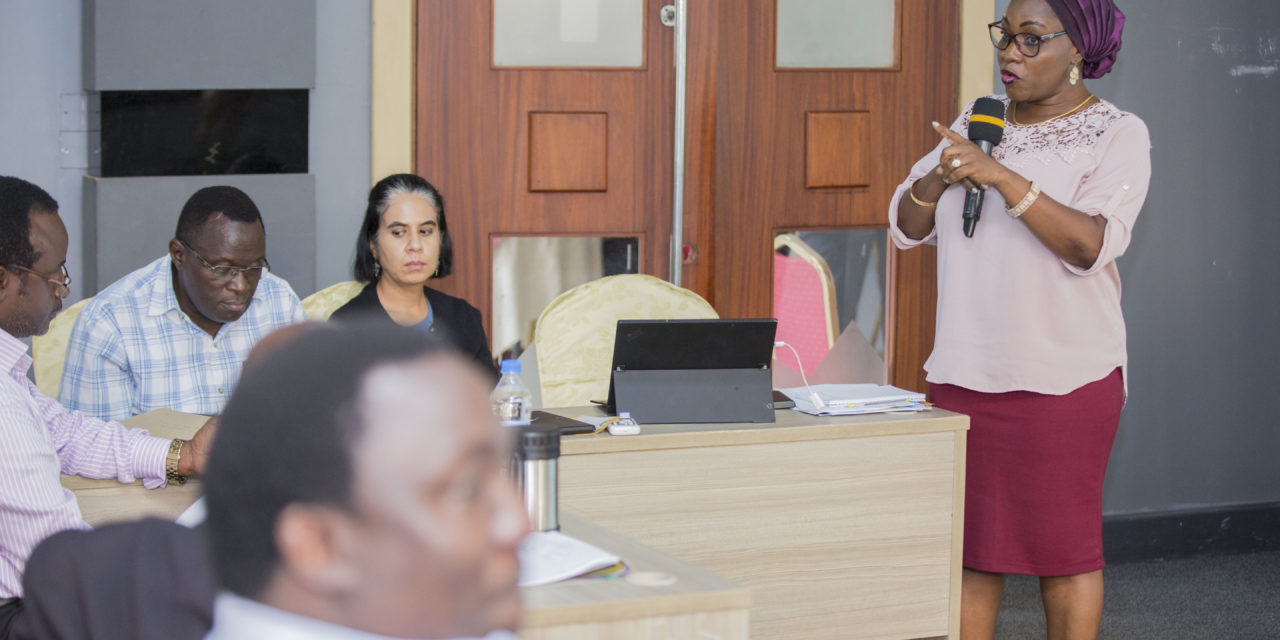 Communication Specialist at UNICEF Tanzania, Usia Nkoma has urged editors from different media houses in the country to prioritize issues related to reducing maternal mortality in the country.

Speaking during a seminar for editors coordinated by True Vision Production (TVP) in collaboration with the Ministry of Health, Community Development, Gender, Elderly and Children and UNICEF Tanzania, Nkoma said editors have the power to influence the public and advocate on taking actions and upholding the decision to participate in reducing the number of pregnant women and newborn-children dying of maternal complications. 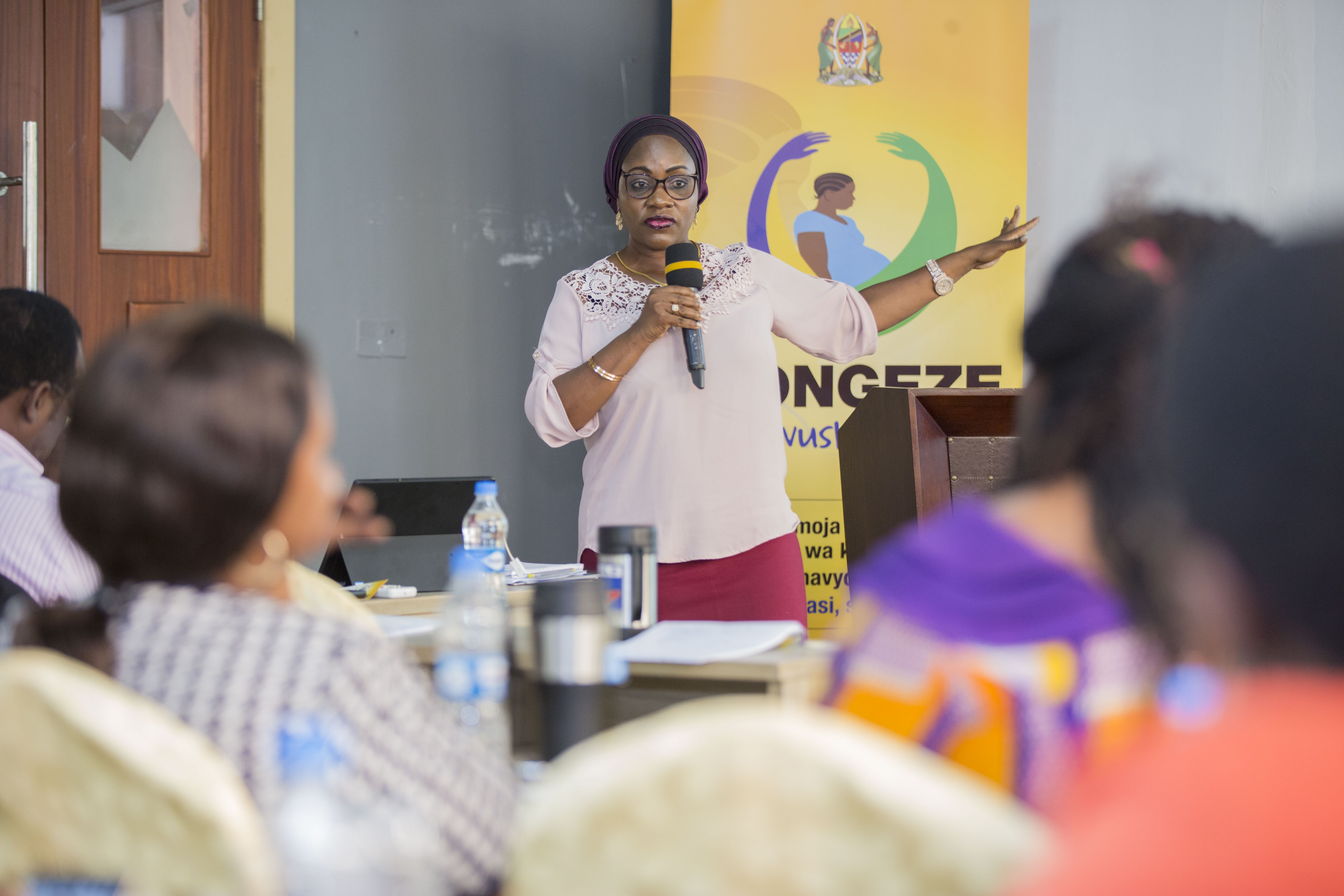 Communication Specialist at UNICEF Tanzania, Usia Nkoma speaks during a seminar held at Regency Hotel for editors on their role to reduce maternal mortality.

She said the number of pregnant women and newborn children dying from maternal complications was alarming, adding that there is a need for the editors to take actions and join the government and other stakeholders efforts  in the drive to reduce their deaths.

According to her, 8,200 Tanzanian pregnant women die annually while giving birth while 50 percent of children who are under-5 years of age die in the first month after their birthdays. 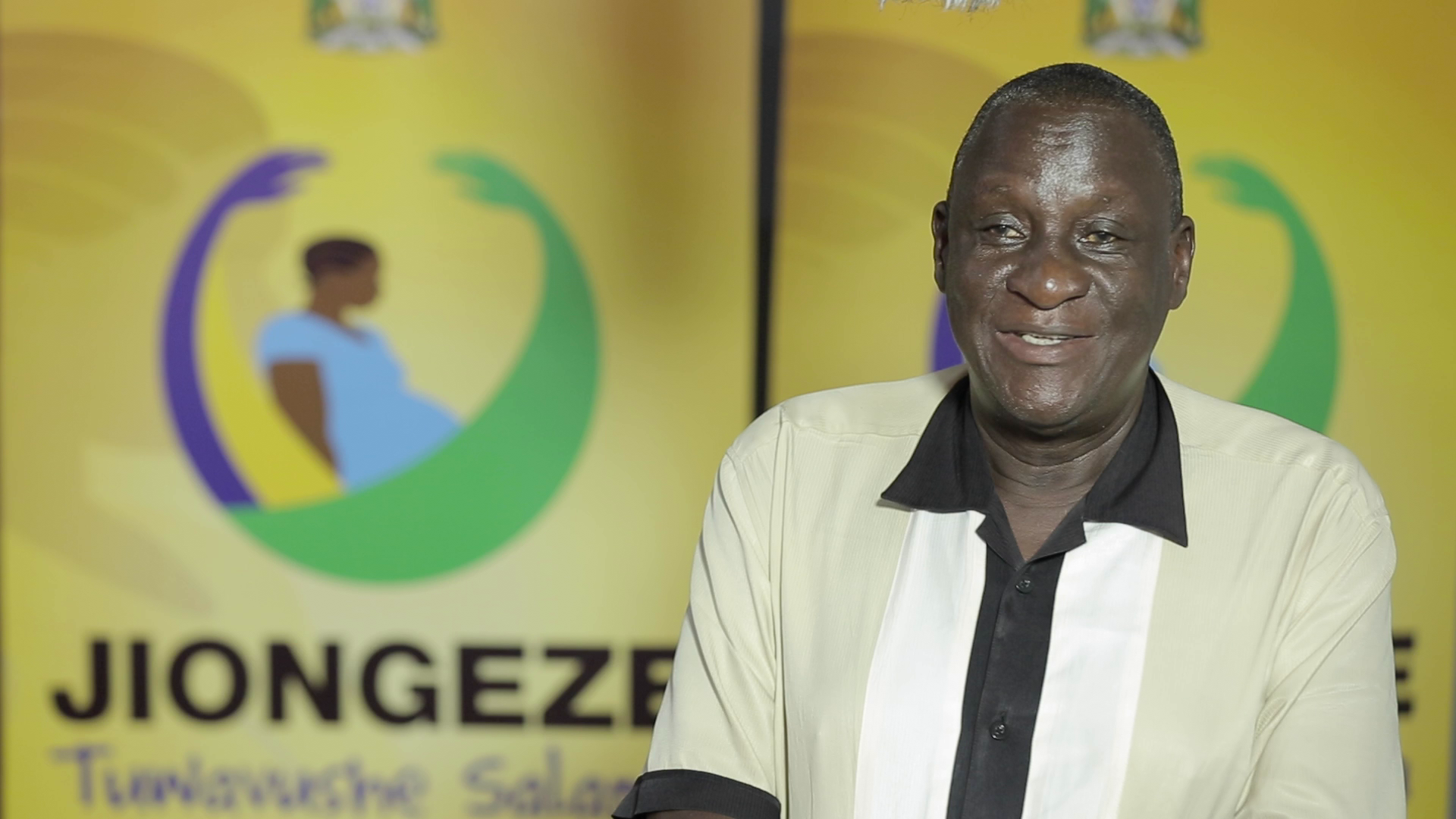 Theophil Makunga, one of the veteran media personnel and consultants, speaks at a seminar to discuss on editors’ role to reduce maternal mortality in the country.

Theophil Makunga, one of the seasoned editors and media consultant echoed Nkoma’s statement, adding that one of the three obligations of media cores is educating the society.

“We, as media people have a role to educate the society for social, economical and political development,”
“We therefore need to report actively on maternal mortality cases to sensitize the public on helping mother-child from losing life,” he said. 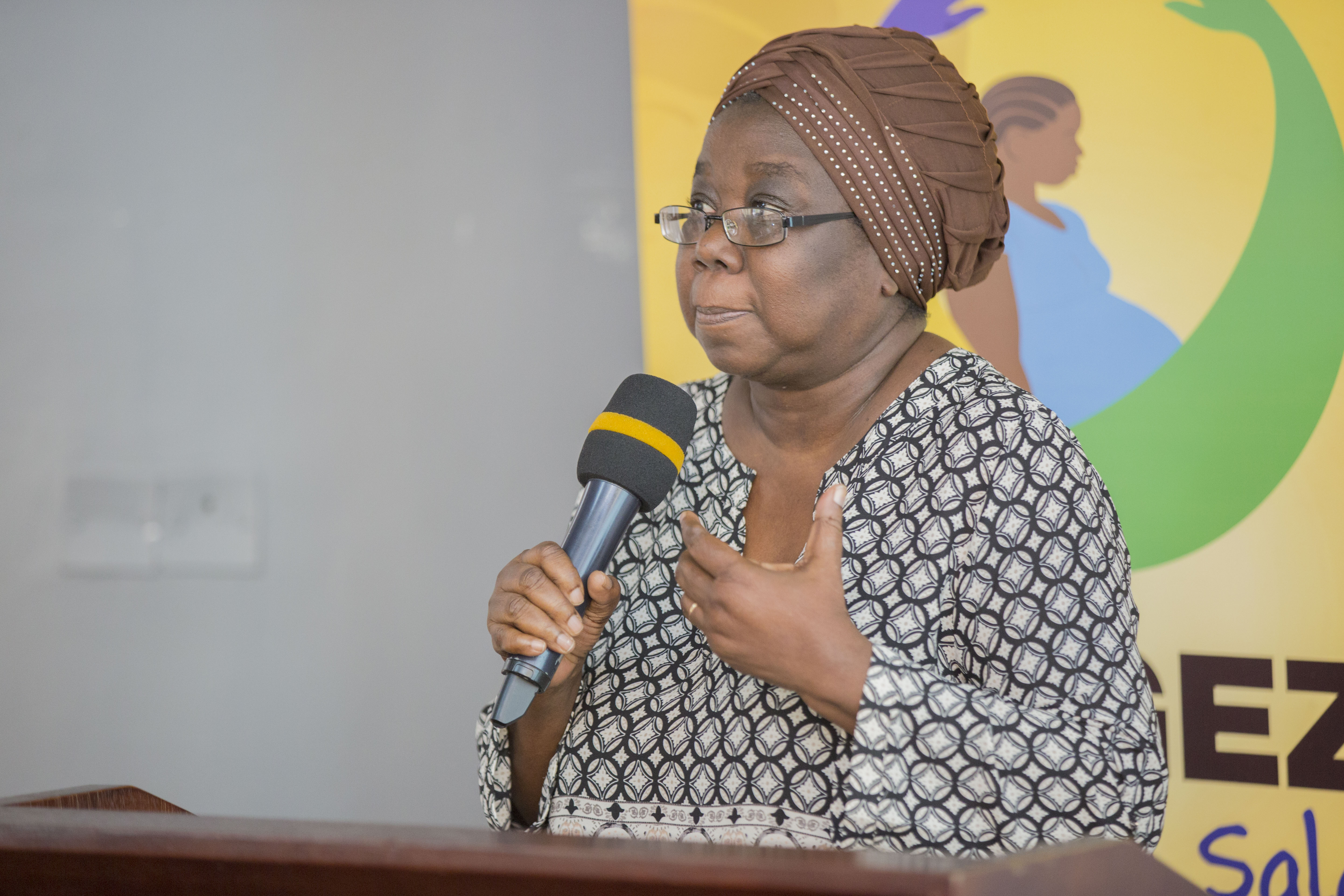 Pili Mtambalike, a veteran journalist makes a point at a seminar to discuss on the role of editors to reduce maternal mortality in the country

His compatriot, Pili Mtambalike, who ever held different posts at Media Council of Tanzania (MCT) said it was high time that issues concerning maternal mortality get prioritized in the media.

“We used to see political and celebrity issues being highly prioritized, I believe, through this seminar, we , as editors will change our mindset, give also much of our focus on maternal mortality by educating the masses,” she said.

The three-day seminar will tomorrow involve religious leaders, before journalists getting involved on Friday at the same venue.

True Vision in support of the ministry responsible for health (Health Promotion Unit-HPU) and UNICEF Tanzania have been undertaking special video documentaries, writing of newspaper articles and live streaming of the Jiongeze Tuwavushe Salama Campaign  in Facebook and YouTube (and among social media platforms) to sensitize the general public on its role to reduce newborn and maternal deaths in the country. 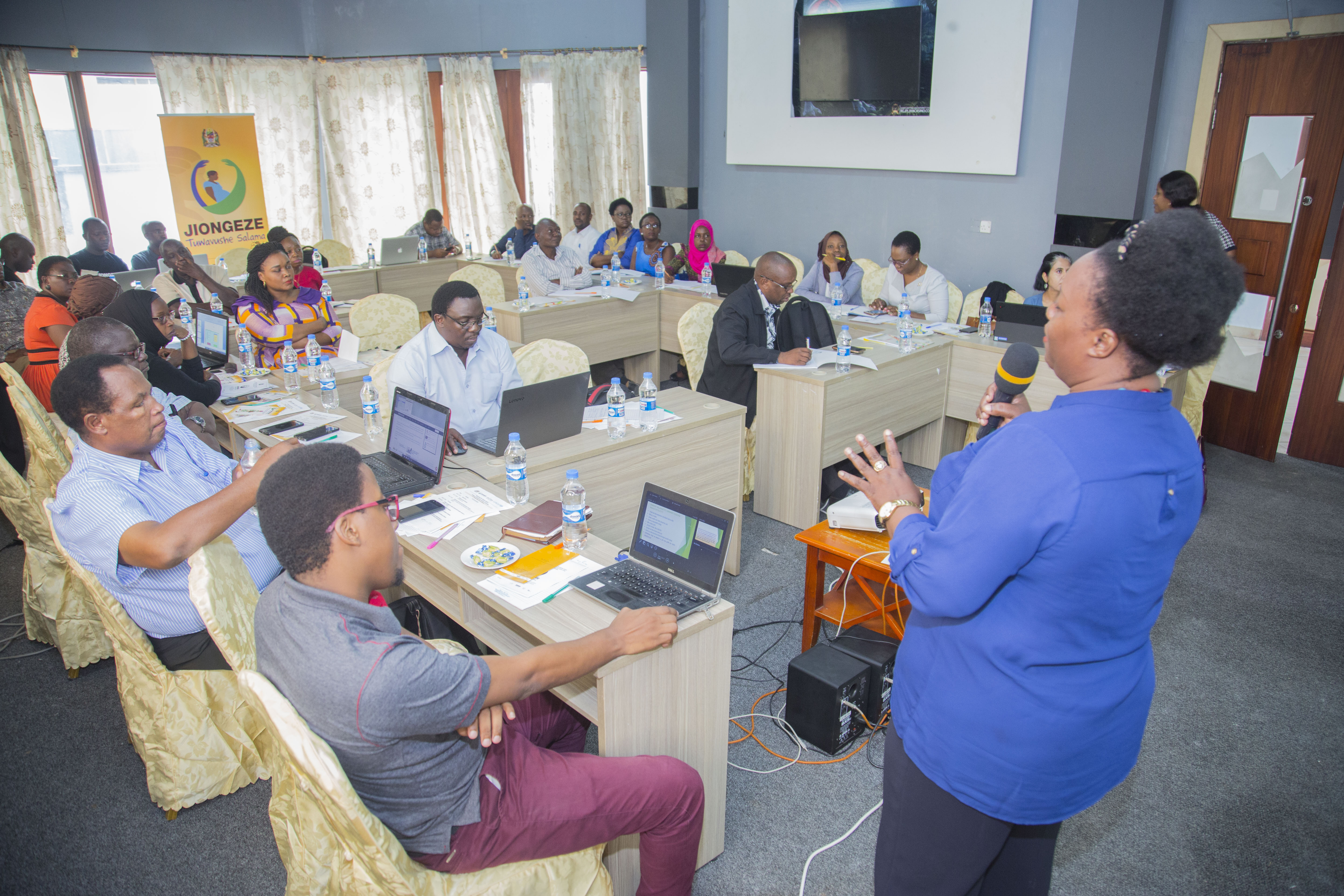 Agnes Mgaya, who is acting Regional Reproductive Child Health coordinator, makes a presentation at a seminar to discuss the role of editors in reducing maternal mortality 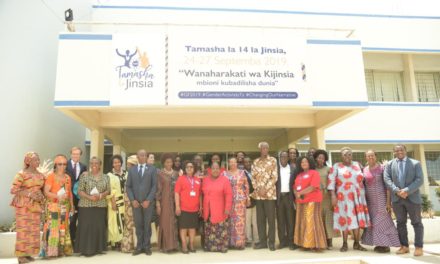 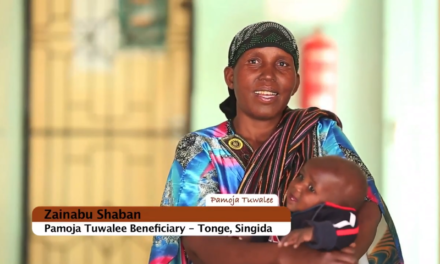 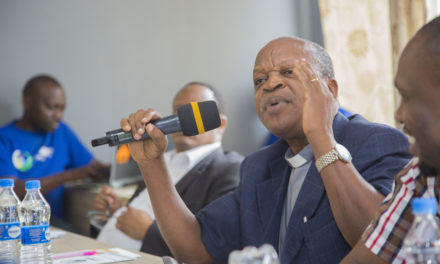 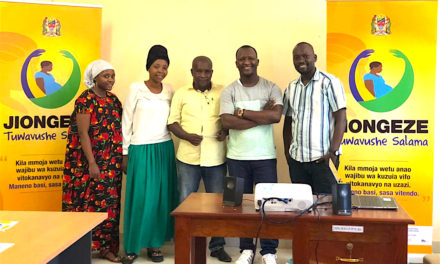 ALL IS SET FOR ‘JIONGEZE TUWAVUSHE SALAMA’ SEMINAR IN ZANZIBAR